P is for Potato

Lately it seems like a whole host of trendy grains have taken over as our go-to choices of carbohydrate at dinner time. Personally, I’m not keen on quinoa. But what about the potato? They have good nutritional benefits (including complete proteins, low-calorie density, packed with micronutrients). Mashed with butter, you cannot beat a good spud I think! 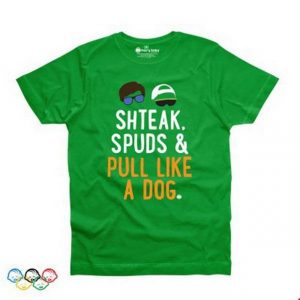 Here is an interesting article written by Stephan Guyenet about his own 7-day potato only diet trial. He references a book called ‘Potato: A history of the propitious esculent‘. It includes an amazing paragraph by Royal Society fellow Arthur Young, on Irish people and our diet at that time (the 1770’s):

“I have heard [the potato] stigmatized as being unhealthy, and not sufficiently nourishing for the support of hard labour; but this opinion is very amazing in a country, many of whose poor people are as athletic in their form, as robust, and as capable of enduring labour as any upon earth. When I see the people of a country, in spite of political oppression, with well-formed vigorous bodies, and their cottages swarming with children; when I see their men athletic and their women beautiful, I know not how to believe them subsisting on an unwholesome food”.

Athletic form? Cottages swarming with children! (we had the highest fertility rate in Europe, but now 2nd behind France). So potatoes certainly didn’t seem to do us any harm. Maybe it’s time they became trendy again. 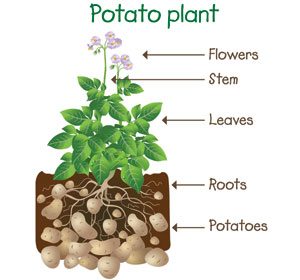 Now clearly, there are differences in how potatoes are prepared and cooked. Boiled, roast and baked potatoes are all healthy, but many mashed potatoes in restaurants and chips are of course higher in calories and not quite as satiating.

So if you have ignored or lost affection for the potato, give it another go! They are healthy, nutritious and almost a complete food.

This website uses cookies to improve your experience while you navigate through the website. Out of these, the cookies that are categorized as necessary are stored on your browser as they are essential for the working of basic functionalities of the website. We also use third-party cookies that help us analyze and understand how you use this website. These cookies will be stored in your browser only with your consent. You also have the option to opt-out of these cookies. But opting out of some of these cookies may affect your browsing experience.
Necessary Always Enabled
Necessary cookies are absolutely essential for the website to function properly. This category only includes cookies that ensures basic functionalities and security features of the website. These cookies do not store any personal information.
Non-necessary
Any cookies that may not be particularly necessary for the website to function and is used specifically to collect user personal data via analytics, ads, other embedded contents are termed as non-necessary cookies. It is mandatory to procure user consent prior to running these cookies on your website.
SAVE & ACCEPT
Go to Top